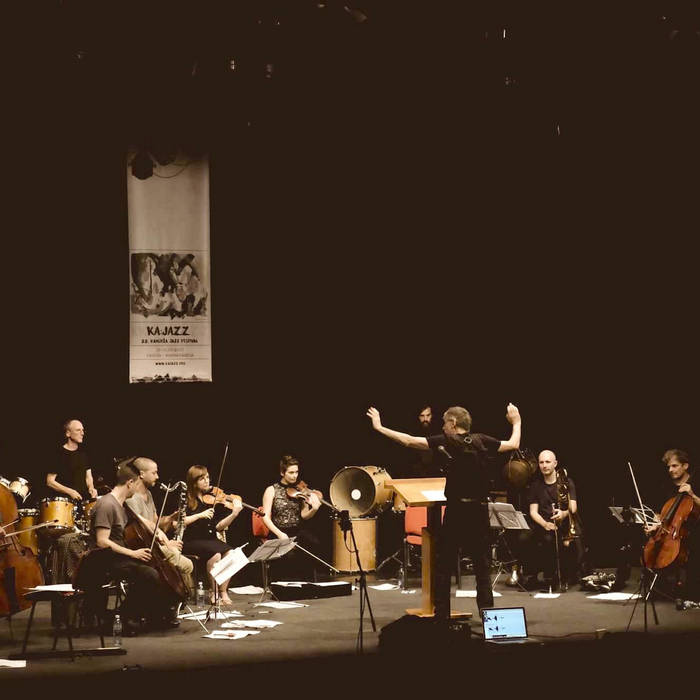 Chorismos began from thinking about white noise, and whether it might be possible to transition from white noise, as a kind of all-embracing totality, to something we might recognise as music, with a network of relationships between distinct audible events. I started work using granulation software, but I couldn’t get the audible transition I wanted, in which the degree of separation between the micro-events making up the white noise would gradually increase. So I switched to a more metaphorical approach in which well-known oppositions such as between acoustic instruments and electronically generated sound, or between noise and pitch, and so on, were brought into play. It was clear that the piece would contain a very wide range of types of sound, so I not only deployed tonal figuration at various points but also asked the players to interpret these moments in classical mode. Towards the end of the piece the music thins out to sparse isolated percussion sounds as a kind of granulation of earlier sustained textures.

This recording was made at the first performance of Chorismos at the Dom Umetnosti/Müvészetek Háza, Kanjizsa, Serbia on Sep 16, 2017. The concert and recording were organized by Dejan Vujinović. On this occcasion the Hyperion International Ensemble were: Adam Scheflan and Chris Cutler on percussion, Zach Rowden and Shmuel Frankel on basses, Andrei Kivu and Markós Albert on cellos, Diana Miron and Tijana Stankovic on violins, Yoni Silver on bass clarinet, and Edward Lucas on trombone. I have had to add new versions of parts inaudible on the recording, and rework the “tape part” used in concert. I think what you hear captures the spirit of the performance.

Bandcamp Daily  your guide to the world of Bandcamp